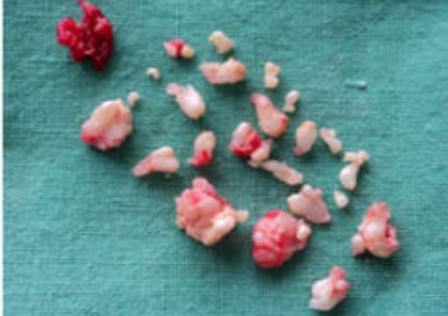 54 teeth are taken from the tumor.


This special case happened for a 7-year-old boy, who was recently taken to the Children's Hospital 1 in HCM City for examination after a tumor appeared on his left upper jaw. The tumor did not cause pain for the boy but it adversely affected his look.

Doctors said that the boy had 22 teeth. Normally, the fang has to grow before the molar tooth but in this position was a space.

An X-ray scan revealed a photoresist block in the left upper jaw area. Next to the tumor was the milk-fang.

Doctors said the patient had a tooth tumor that was located on the road of the milk fang and two permanent teeth No. 3 and No. 4. 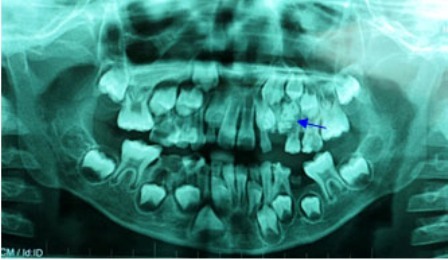 X-ray scan shows the tooth pocket is located in the mouth of the patient.


Doctors performed a surgery to remove the 3x3x2cm tumor. The tumor consists of 54 small teeth inside.

Tooth tumor is benign, which does not cause pain or discomfort to the patient. However, in the development process, it can interfere with the development of teeth, resulting in deformation.

Through this case, doctors recommend that parents should take their children to the dentist regularly for early detection and treatment of abnormalities.