Admin
Tổng số bài gửi : 2357
Join date : 03/10/2010
Age : 34
Đến từ : Cần Thơ
Not being an actress or invited to the 2nd Hanoi International Film Festival but a model appeared at the opening ceremony on November 25, in a very offensive dress. 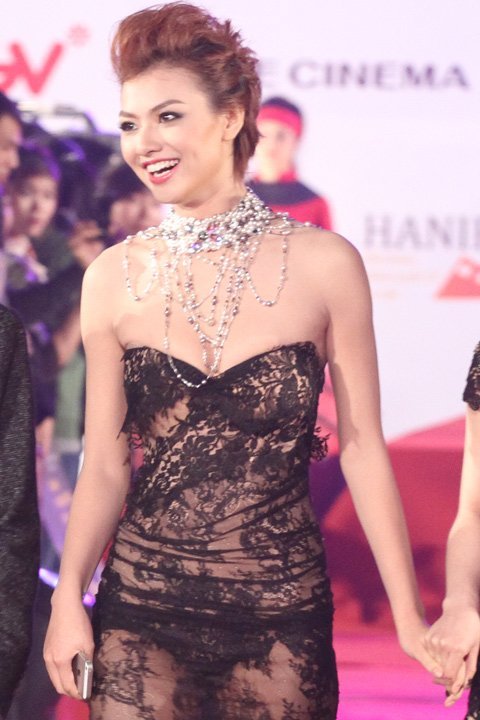 Hong Que appeared on the red carpet with her friend, actress Quynh Hoa, who also wore a transparent dress.

Thanks to this outfit that Hong Que became one of the “hottest” characters on the red carpet though she is not an actress. The 9x model also spontaneously posed in front of photographers before the surprise of famous actors. The offensive costume of Hong Que has become a subject for comment on social networks.

Immediately after showing off on the red carpet, this model quickly left the event.

VietNamNet talked with Mr. Phan Dinh Tan, the spokesman of the Ministry of Culture, Sports and Tourism, about the scandal.

Tan said that the Ministry can only handle those who wear offensive dresses on stage. He said each person must take responsibility for their behavior as well as images when they appear in public because they are adults.

Although this is not a show on stage so it is difficult to penalize Hong Que but at a major event like the Hanoi International Film Festival, which was broadcast live on the national television and had the participation of thousands of guests, this red carpet event is actually much larger than a regular show.

No penalty will be given to Hong Que but certainly after this incident, the image of this 9x model will be harmed.

Hong Que has just left the high school. Earlier, when she was a teen model, Hong Que made many scandals related to her outfits. 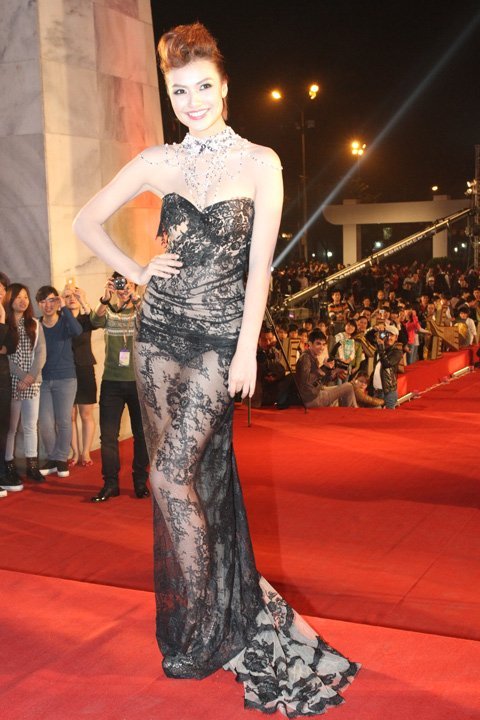