BlackBerries still on the shelves, but selling slowly 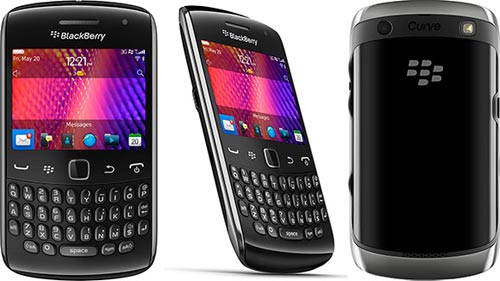 BlackBerry’s products of RIM have become no favorite any more in Vietnam, like any elsewhere in the world, because consumers have been attracted more by iPhones, Android-run products, or Windows Phone 8.

The absence of BlackBerry’s products on the shelves of many big distribution chains has led to the pessimistic forecasts that the brand would have no position in the Vietnamese market.

Hung, the owner of a shop specializing in trading BlackBerries on Hong Mai Street in Hanoi, said the products still can be sold, but the sales have dropped dramatically.

Thinh, also a BlackBerry dealer, complained that the sales have been going very slowly. Therefore, he has been living on the services of fixing errors in BlackBerries and serving loyal clients.

Trang, the manager of a shop on Quan Thanh Street, said that since iPhones have been on fashion, people now turn their backs to BlackBerries. A lot of people refuse BlackBerry’s products because they believe this is the growing tendency in the world. Others would feel ashamed if they have BlackBerries instead of iPhones.

However, BlackBerry still has its loyal fans. Hung said sometimes he still receives the clients who ask to buy the products. However, the products they want are mostly the old models, including 8700, 8900, 9000, and at low prices.

He said that most of the buyers are students who want smart phones but don’t have much money to buy iPhones, and those people, who have been using BlackBerries long enough to become the brand’s loyal fans.

Therefore, though Hung still can sell BlackBerry, he still feels unsatisfactory about the business, since the sales cannot bring high profits.

Dan, a student, who sought to buy a BlackBerry, said he still loves BlackBerry with the good design that other branded products cannot have. Especially, the prices of the products are reasonable, if noting that they have high quality.

Meanwhile, Huy, also a loyal client of BlackBerry, said he likes the products because of the powerful battery with which he does not have to charge regularly.

Ha, a friend of Huy’s, said he was attracted by the keyboard of the BlackBerry he borrowed from his brother. Therefore, he decided to use a BlackBerry instead of the Nokia C3-00 he once had.

Some clients may feel unpleased when meeting the troubles with BlackBerries. Most of the products available at the shops in Vietnam are second hand products, which may have problems both in software and hardware. However, shop owners have affirmed that the errors can be easily fixed.

While some smart phone dealers keep pessimistic about the future of the products, others still believe that the situation would be better, affirming that they would continue trading BlackBerries.

Opinions still vary about the future of BlackBerries in Vietnam. Some believe that once BlackBerry 10 hits the market, the demand for the products would rise again. Meanwhile, others believe that BlackBerries would have no more attractive things. And the remaining people say they cannot say anything until the new series is marketed.